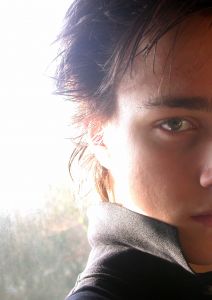 The blurb for the small novella, CIRCLE OF DISHONOR.

John “Ice” Takahashi’s final job for The Circle has an unexpected hitch in it; he’s fallen for an innocent civilian and his enemies know. With his mission in a shambles, he’ll do anything to protect her, including kill. So how can a man without honor prove he’s worthy of her love?

Lena Matthews feels like she’s playing with fire by dating the mysterious Master J. He’s exotic, dangerous, and exactly what she needs in her boring life. With the bad guys bearing down on them, she discovers a whole new world of sensuality that binds her heart to his forever.

And here is the snippet from the first chapter.

Sitting in a coffee shop across the courtyard from the martial arts studio’s glass storefront, she stared at the tae kwon do class as they kicked and jabbed. Most of the students wore white pajama-like uniforms, except for the teacher. He stood out in black with his shaggy dark hair and ripped body. The man looked good enough to lick.

For the last five weeks after her tai chi class, she’d claimed the same chair and watched his every move. Behind her, others in the coffee shop chatted about the class and the mysterious man leading it.

From what she’d overheard, his name was John Takahashi, and the students called him Master J.

Master? Oh, yeah. She could imagine he’d master many things. With his strong hands and long muscled arms and legs, he likely controlled any situation or person. He could easily lift and hold her against the wall as he stroked her to a climax. She whimpered and squeezed her knees together.

A shake of her head knocked out the dirty thoughts racing through her mind. She knew better. He’d never be attracted to an ordinary person like her. The woman he chose would be totally the opposite of her: young, athletic with honey blonde hair. Lena was about as interesting as watching bread turn to toast.

One thought on “A Snippet of CIRCLE OF DISHONOR”