Love and Hate of the Outlander Series (Books)

Posted by Carla Swafford on November 19, 2017 in Audio, Thoughts

First, let me say I LOVE the character Jamie in the book and TV series. His character is well-written, manly man with emotions and all the charm of what an American can imagine a Scotsman would be. He’s the only reason I listen to the books or watch any of the TV series. There is a small possibility I would have READ the full series just for him, but only a small chance. Nine hundred plus pages of one story is way too much to me, and really I can’t believe I listened to the series through the third book. Audio is the way to go. Davina Porter is a wonderful narrator.

Nevertheless, so many times I screamed at the audio (in my car alone) for the narrator to hurry the f**k up. The person pattered on about some of the most obvious and boring crap when all I wanted to know was what the person had to say or did or she/he would just die.

Personally, I could’ve deleted one-third, that’s being lenient, and the story would be the same and so much better.

Claire is a woman who lives in the now even if it was more than 200 years before she was born. I get so tired of her believing she must be the one to jump in and solve everything. She never thinks of the consequence beyond her need to be in control. Some would call her a strong-willed woman, personally, I thought she was totally self-centered. There’s a difference between brave and stupid.  Claire was often stupid.

I think extremely long books are like soap operas. You get tired of all the angst and nothing going right. You need a break and it takes, if you’re lucky, hundreds of pages before the author thinks to lighten things up. I began to feel bad for everyone in the book along with myself. It is sad how Jamie meets trouble after trouble. No one has that much to go bad, but I understand why the author had to do it. If you’re going to write nine-hundred pages, you have to have something bad to happen over and over and over and over again. Yes. I could’ve dropped a couple of those overs, but I wanted to show how unnecessary they were to make a point. Hell, I could’ve cut half of this post.

Once again, that’s why I don’t love long series with the same lead character.

Latin names of plants, diseases, etc. WHY?! I couldn’t care less. Only interested if that was my field of study. I love history, but I read non-fiction for the details.

There. For almost two years I held up this post because I wanted to see if I changed my mind. Even the TV series didn’t help me do that. I fast forward in Claire’s scenes because she irritates me. All I can say is the only reason Jamie stays with her — when she’s in his time zone – ha! — is because she’s a good lay. There has to be reason.

Of course, what do I know? Just my lowly opinion. Millions of people love this long-ass series. They’re best sellers. Congrats to the author. I do believe the author is a talented writer, and I’ve heard the storytelling improved as the series went along. But life is too short for that much angst between the same two (or twenty) characters, and there are many wonderful — shorter, like 80,000 to 100,000 words — stories out there to read.

Menu
Want to know what else Carla Swafford is up to? 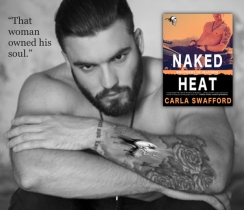 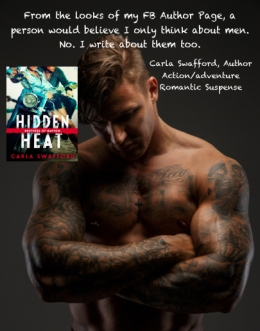